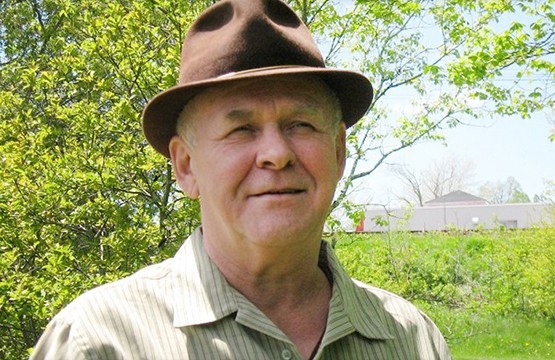 Rick Simpson rediscovered the cure for cancer with Marijuana! As a leading Marijuana activist and the founder of Phoenix Tears, his journey started in 2003 when he was diagnosed with basal cell carcinoma. After being diagnosed with cancer he helped encourage & advocated the benefits of cannabis.

Since his traditional cancer treatments were not successful, Rick decided to try something different. Over a period of a year, he began extracting the oil from the cannabis plant and ingested that oil orally. Almost 30 years earlier he heard a radio ad that stated that “The University of Virginia had found that cannabinoid in cannabis through THC could kill cancer in mice.” His intention was to see it through that this might also work on humans if it worked on mice.

Rick Simpson directly applied the cannabis oil to his skin and after 4 days of waiting, he decided it was time to check to see the progress under the bandages. SHockingly, he found that the cancer was totally gone, the cannabis oil had cured his carcinoma.

Excited, he began his journey to spread the news to others. He started with his physician. As he began to tell him what happened, he found that his doctor wouldn’t believe him. He even met with some of the top cancer research organizations and they didn’t believe him as well.

Determined to help others, despite the disbelievers, he started growing cannabis on his own land and producing his own cannabis oil. While his supply began to grow he realized that he could gift the curing oil to people who really needed it. “If everyone had the morals and views like Rick Simpson does this world would be a different place” MA. As you can imagine, word about Rick Simpson Oil spread, and with that, the difficulties came. Rick became a target for authorities, both the police and the government. His home was raided many times and over 2600 cannabis plants were cut down and seized by RCMP. Evenstil Rick continued to produce the oil and help others.

Run From The Cure

Rick Simpson Oil’s success and Rick's determination inspired a filmmaker named “Christian Laurette” to release a documentary named “Run from the Cure” in 2008. The documentary encompassed Rick Simpson’s story of using cannabis to treat cancer. The documentary was a hit was viewed by millions of people. Helping them become educated in the safe use of medicinal cannabis oil.

For over a decade, Rick Simpson Oil was used to treat around 5000 people about 70% of the people who followed the proper protocols and use got better or were cured!

The benefits of this RSO oil had been known for some time but with Rick Simpson's new discovery of its use, and with the growth of successful cases, many people can continue to reap the new benefits. Rick’s specific dosing protocols to treat cancer are unlike any standard cannabis oil. The new uses and treatments of Rick Simpson Oil (RSO) continue to be discovered. RSO can be used for more than just cancer treatment. Numerous other diseases such as Arthritis, Insomnia, Fibromyalgia, Parkinson’s, Severe Depression, Pain, Seizures, and much more benefit from Rick Simpson Oil.

What is Cannabis Oil?

The process of Making Cannabis Oil :

For many years, cannibis oil was widely used to help or cure illnesses. While it’s extracted from a marijuana plant, the hemp from a plant does not have a pattern. This means that the drug industry has no interest in producing the drug. Cannibis oil has helped people with excruciating pain. Since this medicine is restricted by the government, it is our duty to inform the public how they can make this essential oil on their own.

Here I am going to explain the directions for making the cannabis oil:

To produce 60 ml of cannabis oil take 1 pound or more of high-grade cannabis and 2 gallons of solvent. The cannabis you use should be as dry as possible. For every ounce of high-quality cannabis bud, you can produceabout  3-5 grams of cannabis oil. While the amount of oil produced per ounce of cannabis will vary from strain to strain, it all still has successful healing power.

For the solvent, it is suggested to use 99/100% Isopropyl alcohol or 190 proof grain alcohol/Ever-clear or Hexane. Remember; do not use Heavy Naphtha, Coleman Fuel, or VM&P Making Cannabis oil can be dangerous if proper precautions are not taken. It is important that you wear the proper safety equipment like safety masks, gloves, and glasses to minimize exposure to the solvent. It is also very important to use a fan to carry solvent vapors away. If you do not use a fan, there is a huge chance that the solvent can puddle under the rice cooker, which is extremely dangerous.

This medicine should be produced on a ground scale in a controlled environment using the highest quality cannabis plant. Producing Hemp medicine in this manner would stabilize the potency of this medication.

When taking a closer look at the bud from the cannabis plant, you can see that it is covered with resin. Resin makes the bud appear to be covered in frost, and this is the key component  used as a medicine. When collected and processed properly, the resulting oil is an effective cure for practically any disease known to man, even cancer.

Prior to his Carcinoma, in 1997 Rick Simpson suffered from brain injuries like post-concussion syndrome. This gave him intense and permanent ringing noise in his ears. Rick tried all the traditional medicines to help cure him but nothing worked. He felt those medicines were actually making him worse.

After watching a program about Marijuana in 1999, he called one of his friends and asked him for marijuana. He smoked the marijuana and surprisingly felt so much better! He decided to ask his doctor for a marijuana prescription. But the Doctor outright refused him.

During the next few years, his symptoms worsened. This made him contemplate suicide, but luckily he started his search for alternative medicine. He remembered how smoking marijuana relieved him, and with that thought he got a loan and started growing marijuana plants on his own.

According to Rick, his symptoms dissipated once he started using his cannibis oil. Both his pain and blood pressure lowered and he even began to sleep better. His appearnace even changed, the oil was making him leaner and more fit.

In 2003, Rick underwent surgery because of skin cancer on his face which at first was successful but a few weeks after surgery, the cancer returned.

It was only when Rick tried his cannibis oil directly on the skin,that his cancer completely disappeared.

After all this, Rick decided that he will freely share his marijuana oil with all those people who need it. He used his oil on cancer patients, as well as diabetics

Rick Simpson’s Cannibis oil became a household staple for many people. But with the attraction of his success, he also attracted the attention of the Police in Canada, The police questioned and then imprisoned many times. He was being treated like a criminal and judged as a common dealer.

In 2009, he was awarded the “Freedom Fighter of the Year” by High Times magazine. It was then that he decided to leave Canada and seek political asylum in Europe, where he is still working on his famous Cannabis oil.

Today, you can find numerous testimonials from patients who have used Rick Simpson’s cannabis oil:

Kristina Marie, a 24 years old woman was diagnosed with a brain tumor, and according to her doctors, the treatment was impossible. When she decided to follow Rick’s cannabis oil treatment rather than chemotherap, her tumor progressively decreased in size.

Recently, Rick Simpson’s Cannabis oil has been used to treat a 7 years old girl who was suffering from Leukemia.

Every day more and more people discover the success of RSO.

We’d like to publicly recognize and thank Rick Simpson for the influence he has had on getting the public informed on the truth about the Pharmaceutical Companies and what they have done to hide the truth and keep the public ignorant of the miracles of cannabis.