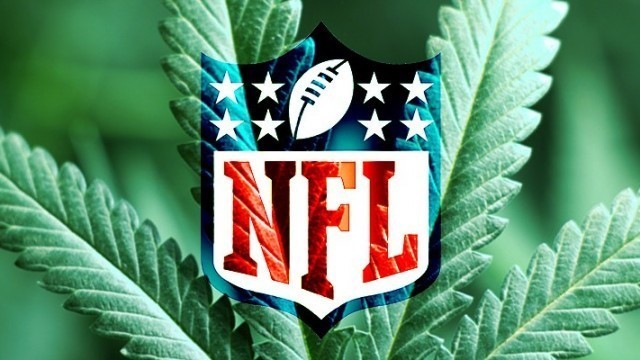 How Marijuana Oil Can Save Many Athletes’ Lives

Marijuana is becoming less of a public taboo in the recent years after having been proved to be a very safe substance, whether its intended use is medicinal or recreational. However, there is a sphere that might surprise many to know that it has an interest in marijuana: the sports sphere. Over the past few years, a rising number of athletes and former athletes have been joining medical marijuana advocacy groups or advocating cannabis use as individuals, after many of them experienced great relief using it to treat their sports injuries and backfires. With their extremely high injury rates, medical marijuana is becoming more and more of a conventional option among athletes.

Firstly, marijuana does miraculous pain relief, which makes it a recommendation for patients with arthritis and other forms of chronic pains. Almost every athlete understands the essentiality of painkillers in his life because injuries of various degrees occur to them on a weekly basis. Before, players were used to carrying around prescription painkillers like Ibuprofen, and whenever the pain hits them, they would just start filling up their bodies with these hazardous pills, dooming themselves to their ugly side effects and addiction risks. Then as soon as the power of marijuana as a painkiller was realized and the word got out, the number of athletes using marijuana started rising incrementally. “NFL players live in a great deal of pain on a daily basis, and marijuana helps with that.Teams pass out opioid painkillers, which are highly addictive. And that can affect a player long after they are done playing. Marijuana doesn’t have those types of effects,” explained former Denver Broncos player Nate Jackson once while talking to the Denver Post. Due to the aggressive nature of football, the NFL has been the most interested in medical marijuana. The American College of Sports Medicine published in its journal a study that said that almost half of retired football players suffer from chronic pain. That is to an extent that NFL commissioner Roger Goodell expressed in 2014 his openness to allowing injured players to use medical marijuana in states where it is legal. However, former NFL player and current medical marijuana advocate, Chris Kluwe once said that “Until marijuana is legal on the federal level, then the NFL just isn’t going to touch it because then you run into trafficking issues.”

Pain, however, is not the only ailment that marijuana relieves athletes from. There are more serious issues that can be life-ruining.

Lately, there has been a trend of growing interest in the medical realm regarding a diagnosis called chronic traumatic encephalopathy (CTE). That condition might occur following multiple head injuries, and among its symptoms are dementia and severe depression. Although scientists have not reached the ability to diagnose a living person for CTE, symptoms of the condition are reported to be high especially among NFL players. Up until today, the condition can only be diagnosed post-mortem. Reportedly, the Boston University CTE Center, in collaboration with the VA-BU-CLF Brain Bank, has studied the brain tissue of 94 deceased NFL players and the results showed that out of these, 90 players had evidence of CTE. It is even reported that suicide is recurrent among professional athletes with signs of CTE.

Former NFL player Brandon Haw described his experience with CTE. Haw was playing football since he was eight years old, and after a long career throughout which he played for the Philadelphia Eagles, the San Diego Chargers, the Cleveland Browns, the New York Jets, the Miami Dolphins, and the Seattle Seahawks, he was left with chronic pains and a constantly bad temperament which was replacing his normal easy-going nature with a swingy mood and an attitude that started ruining his life. The changes were very subtle and gradual, and Haw at first decided to deal with his distress through alcohol, which left him with a failed marriage and tensions with his family. He also faced legal difficulty and was sent to a psychiatric hospital where he received care. At the hospital, Haw was diagnosed with suicidal depression and was assigned to anger management classes. He then said how he was saved by the advice of a few of his friends who were ex-NFL players themselves. They told him to try marijuana, and Haw says he was back to normal after using it for the very first time. “I don’t smoke to get high, I smoke to become myself again. This was a truly remarkable discovery,” Haw said. Brandon Haw is a devoted advocate of medical marijuana, and he thinks that access to marijuana must be granted to athletes because it will save their lives from such disasters as the ones he endured. “Repeated traumatic brain injuries can result in symptoms of CTE including problems with memory and thinking, changes in mood and behavior, and overall malaise. The use of specific ratios of cannabinoids (the molecules in the plant that have medical value), including CBD (the non-psychoactive part of the plant that offers therapeutic benefits that ease pain and relax the central nervous system) and THC (the mood altering component), have positively impacted Brandon’s health,” explains Dr. Sharmilla Patil, MD, a pioneer in the field of clinical cannabinoid research and herbal formulation who happens to be Brandon Haw’s doctor.

However, one of the reasons marijuana is not yet a completely normal medicine for athletes is that it is seen as harmful to the lungs when used in its most conventional form, namely as joints. Many athletes are resorting to other more effective forms of marijuana that do not require smoking such as marijuana oil, or as it is widely known, Rick Simpson oil. Because it is a THC concentrate, many athletes would prefer to buy Rick Simpson oil and use it regularly over using the painkillers that just keep burdening them with more diseases and adverse effects. On top of killing off pain miraculously, it also puts the patient to sleep easily, which for someone suffering a condition like CTE would be a precious achievement. That sleep would help a patient’s brain heal and revitalize itself, which contributes to the treatment of brain trauma. The THC in the marijuana oil reacts with the endocannabinoid receptors in the patient’s brain, which helps the brain to retrieve proper operation. It also helps the brain dismiss unpleasant memories and defeat its sources of trauma, which is called “fear extinction,” and which makes marijuana a recommended cure for post-traumatic stress disorder (PTSD).

The evidence we have today on marijuana’s usefulness for athletes is overwhelming, which is the reason why there are companies today like California-based Green Tech Laboratories which is owned by Dr. Patil that is experimenting with marijuana-based medicines for cases of a post-concussive syndrome and other associated symptoms of traumatic brain injury. Rick Simpson oil has been recommended as a viable and easy form of marijuana ingestion for such cases.